Awareness campaign on urban mobility 'Together, side by side'

Description of Measure and Categorization

The 'Together, side by side' awareness campaign aims to promote greater respect among road user groups, in particular between pedestrians and cyclists, and through harmonious coexistenxe and greater security to increase the level of urban sustainable mobility. 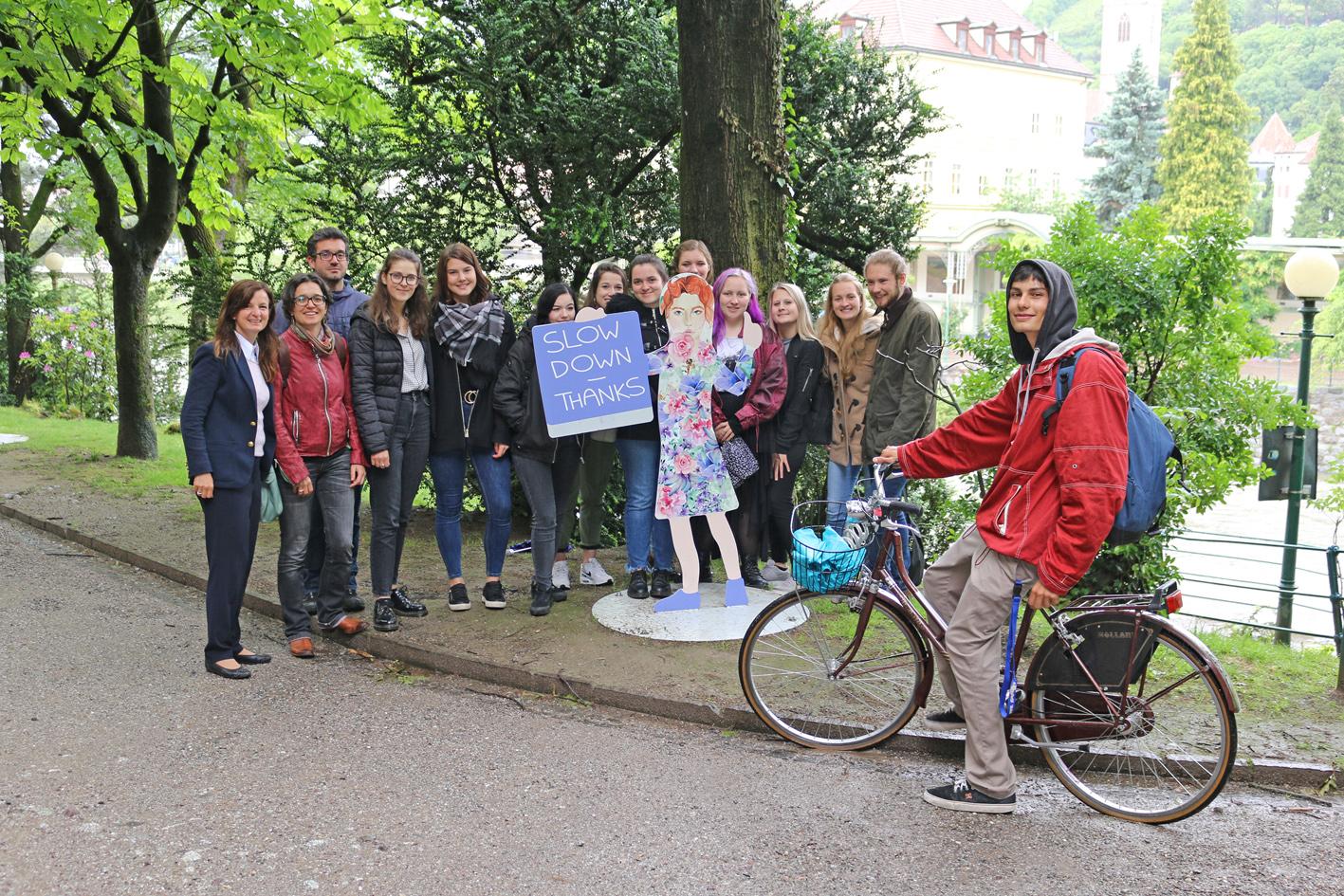 The campaign "Together, side by side" was devised to encourage greater tolerance among road users and promote sustainable mobility in cities. The project consists of a number of initiatives. A seminar for the various stakeholders was firstly organised to jointly define the objectives of the awareness-raising campaign and to identify the points in the city where conflicts most often occur among road users. At these points the city authorities have placed a sign on the tarmac ("Please let people pass - thank you"), which invites greater attention and mutual respect.  Meanwhile, along the cycle path crossing the Sissi park, some metallic shapes have been installed that call for cyclists to slow down near the playground area. The disputes and aggressive behaviour that occur in daily traffic and their possible resolution were highlighted by two flash mobs and were the theme of a musical performed in the square. The channels of communication used, the innovative and original character of the initiatives and the direct involvement of a hotel school class have enabled the campaign to reach even the youngest city residents.